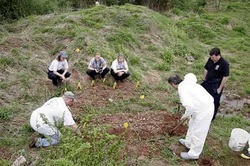 
NJRRK9 Unit participated in a 3-day training seminar on the techniques of clandestine grave searches and evidence gathering. Donna Hreniuk presented on the use of Cadaver dogs for homicide and related searches.

The course was offered by the NJ Somerset County Prosecutor's Office. 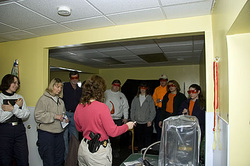 
NJRRK9 Unit hosted a crime scene training seminar in early 2009. The seminar was taught by a member of the FBI, Special Agent L. Robinson.
2012 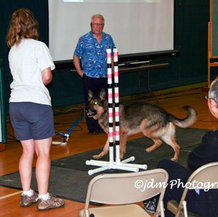 On June 23-24, 2012, NJRRK9 Unit hosted a Bob Bailey/Parvene Farhoody seminar. The seminar was geared toward experienced handlers/trainers focused on getting the most out of working dogs. It was a huge success and provided a lot of valuable information.
Laura LoPresti and Donna Hreniuk gave a demo and spoke about Search and Rescue to T. Floyd Youth Camp on July 5, 2012. Camp participants learned a bit about how the dogs work and what to do should they get lost.